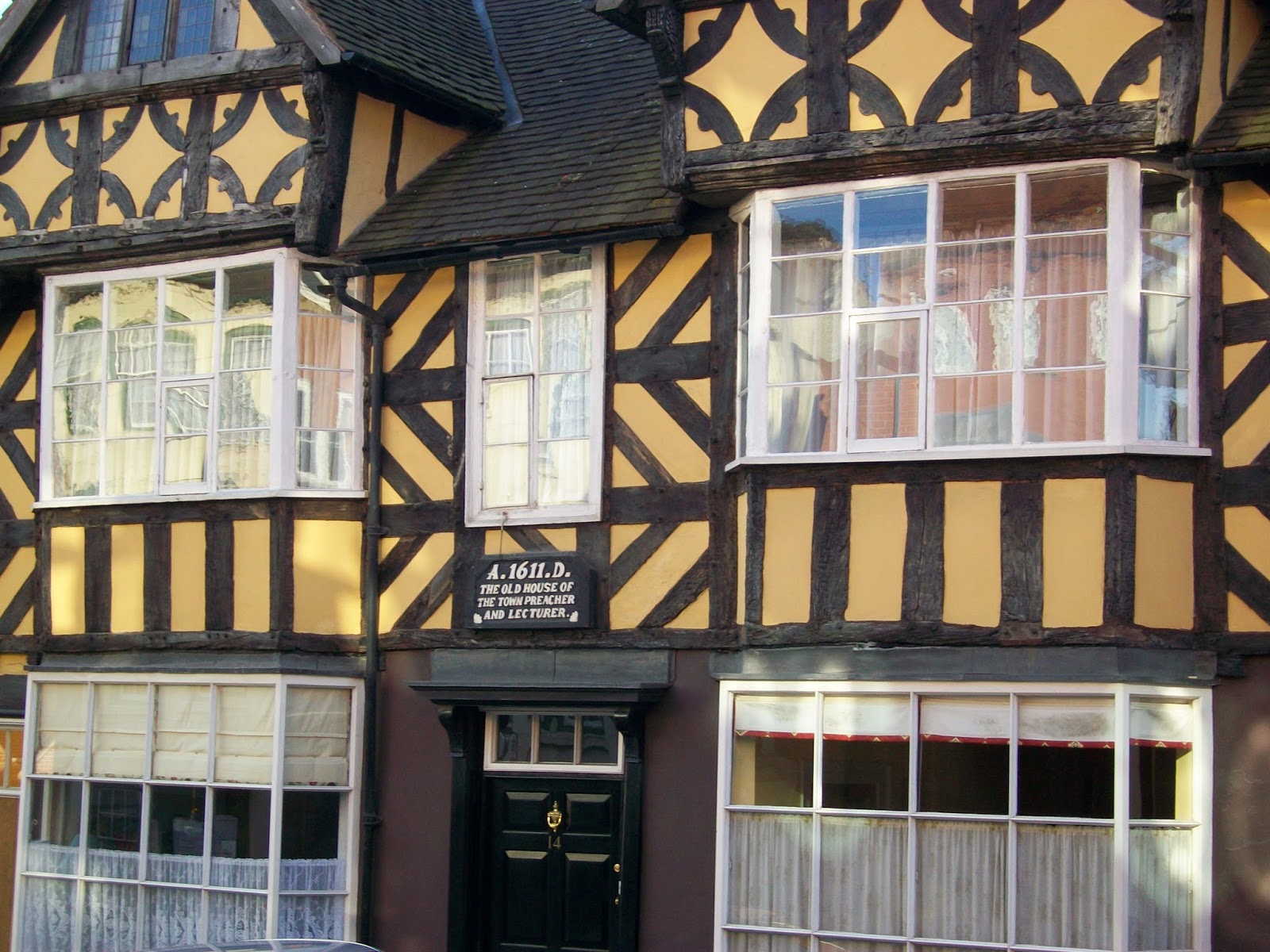 While not common, wattle and daub houses did not have to be white washed. 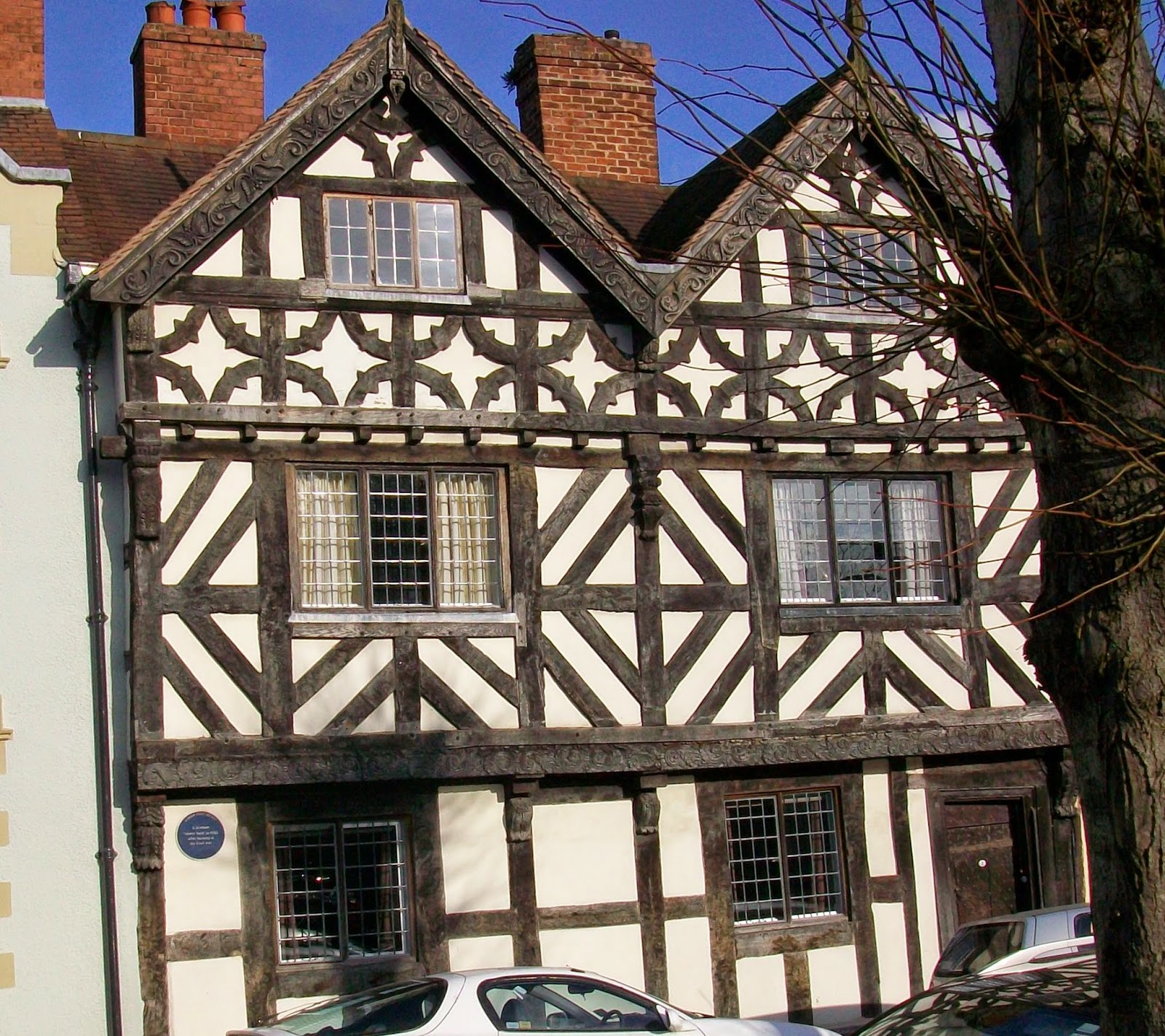 Wattle and daub was a fairly inexpensive way to build homes from the early Middle Ages to the Renaissance. 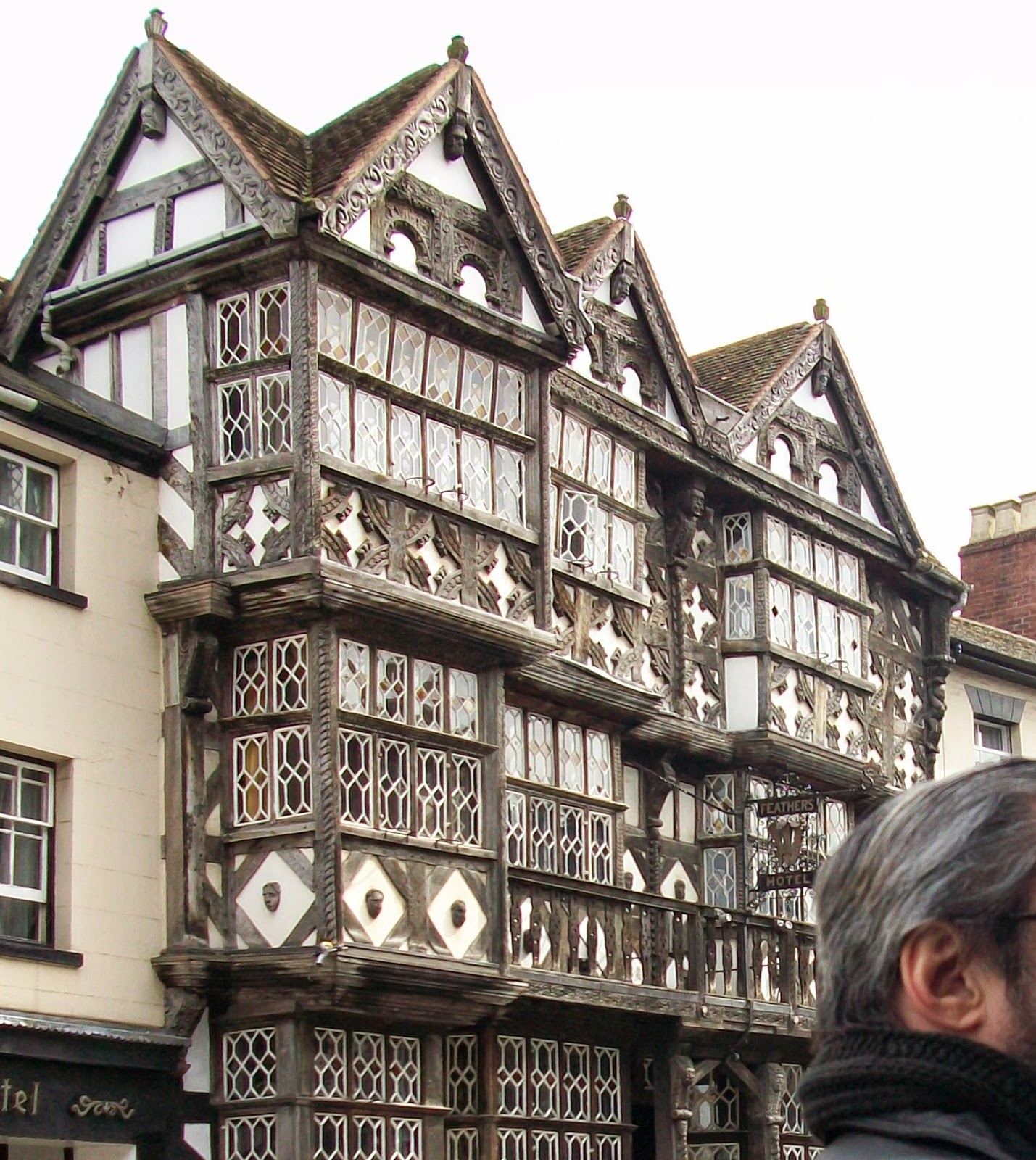 The walls between the large timbers of a structure were made of wattle (sticks woven in a loose pattern) and daub (a mixture of mud, straw and animal manure that was packed onto the wattle) then covered in plaster. 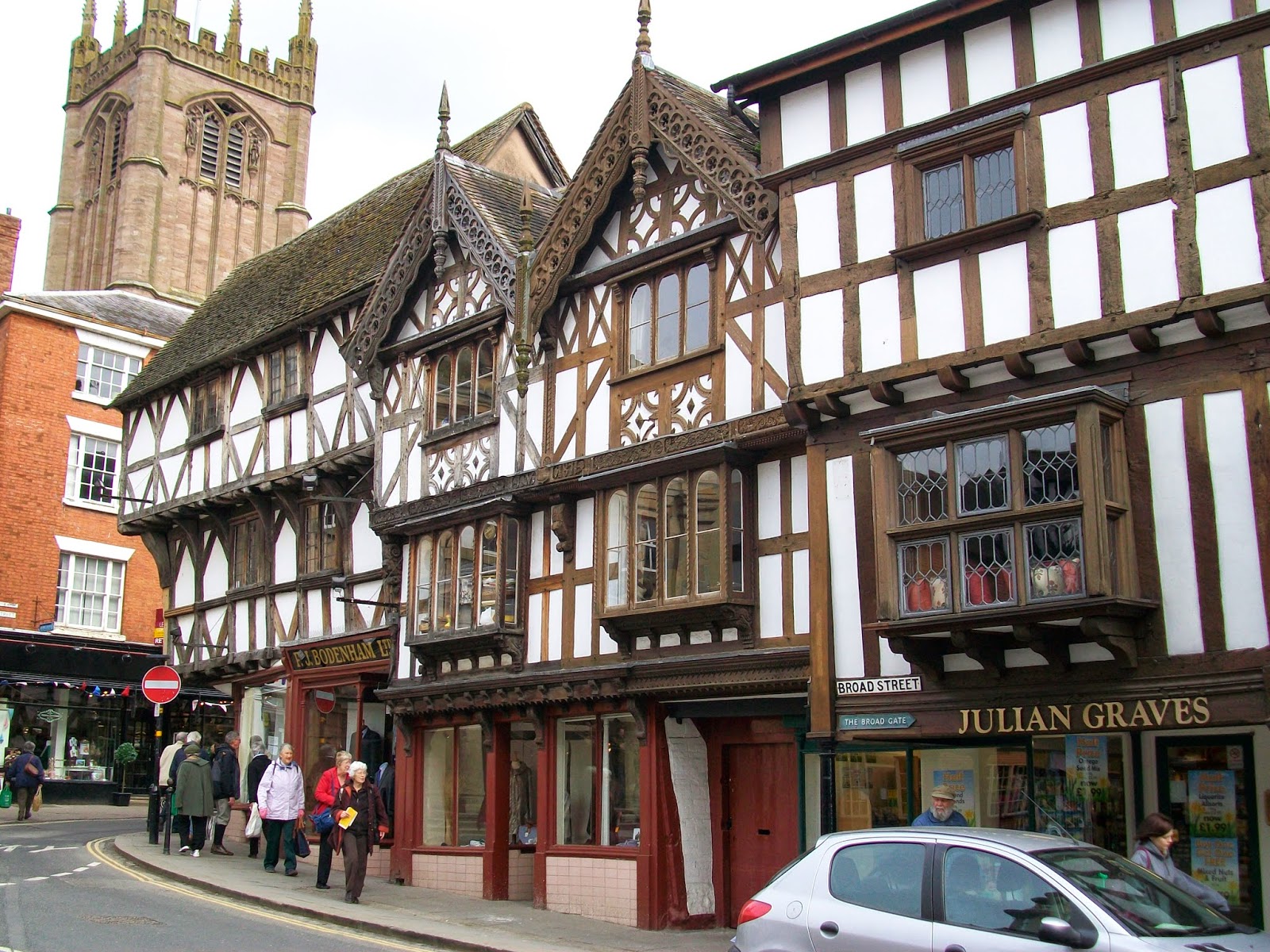 The upper story of the house to the right is a traditional style while those to the left have more wood detailing for decorative rather than structural reasons. 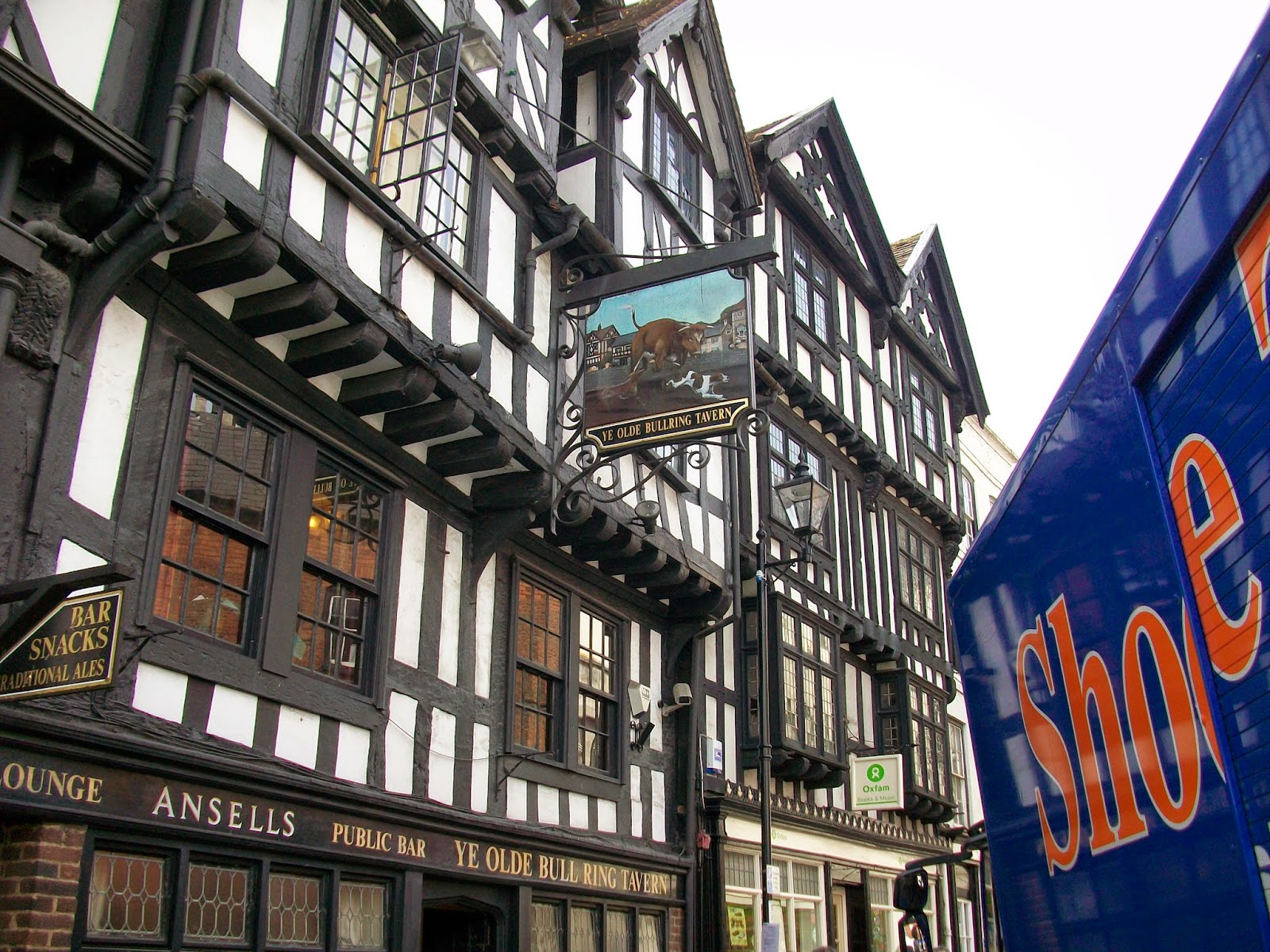 The Elizabethan Era was the high design point for wattle and daub buildings as by the end of her reign brick became the favored building material in England. 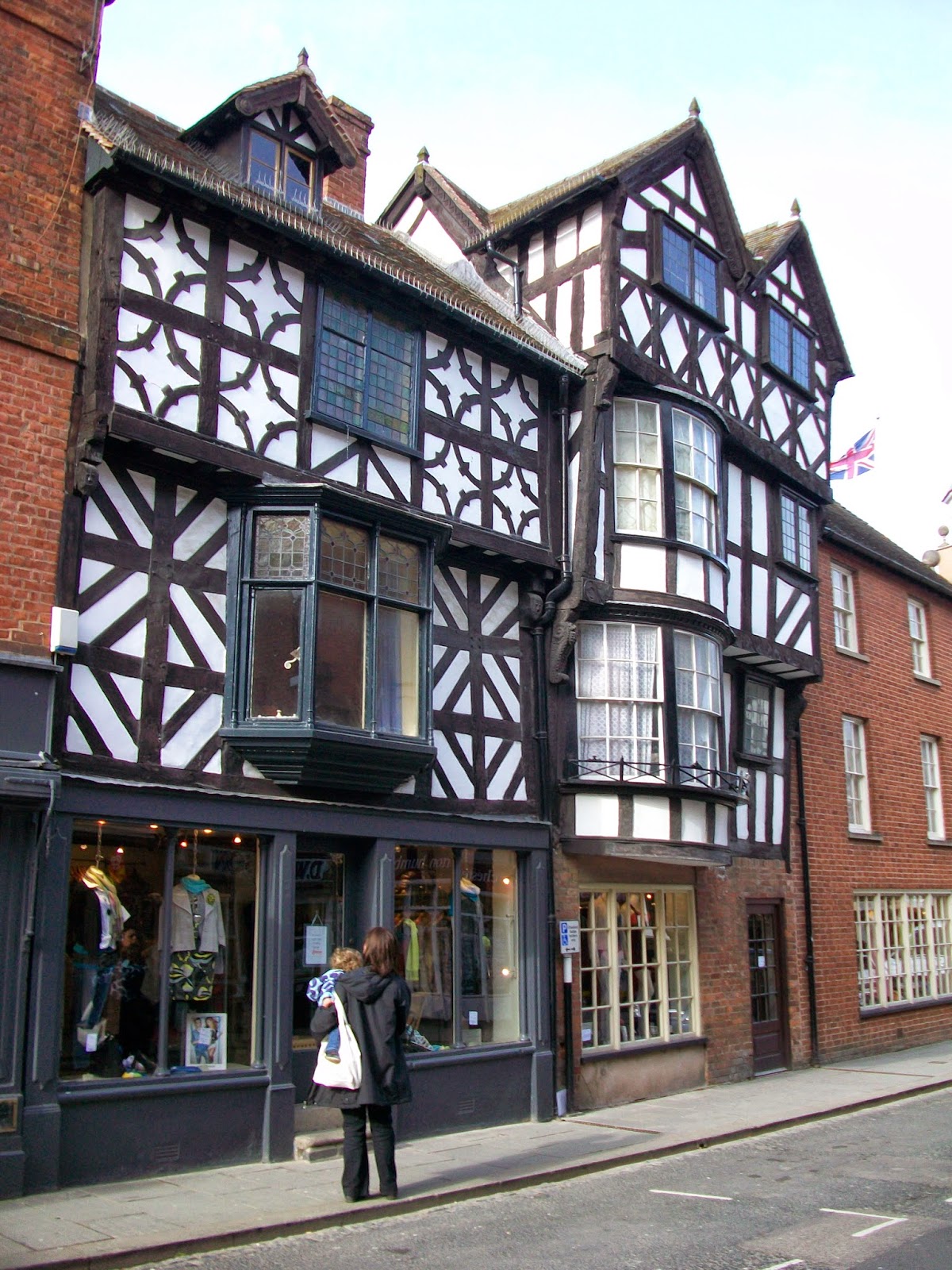 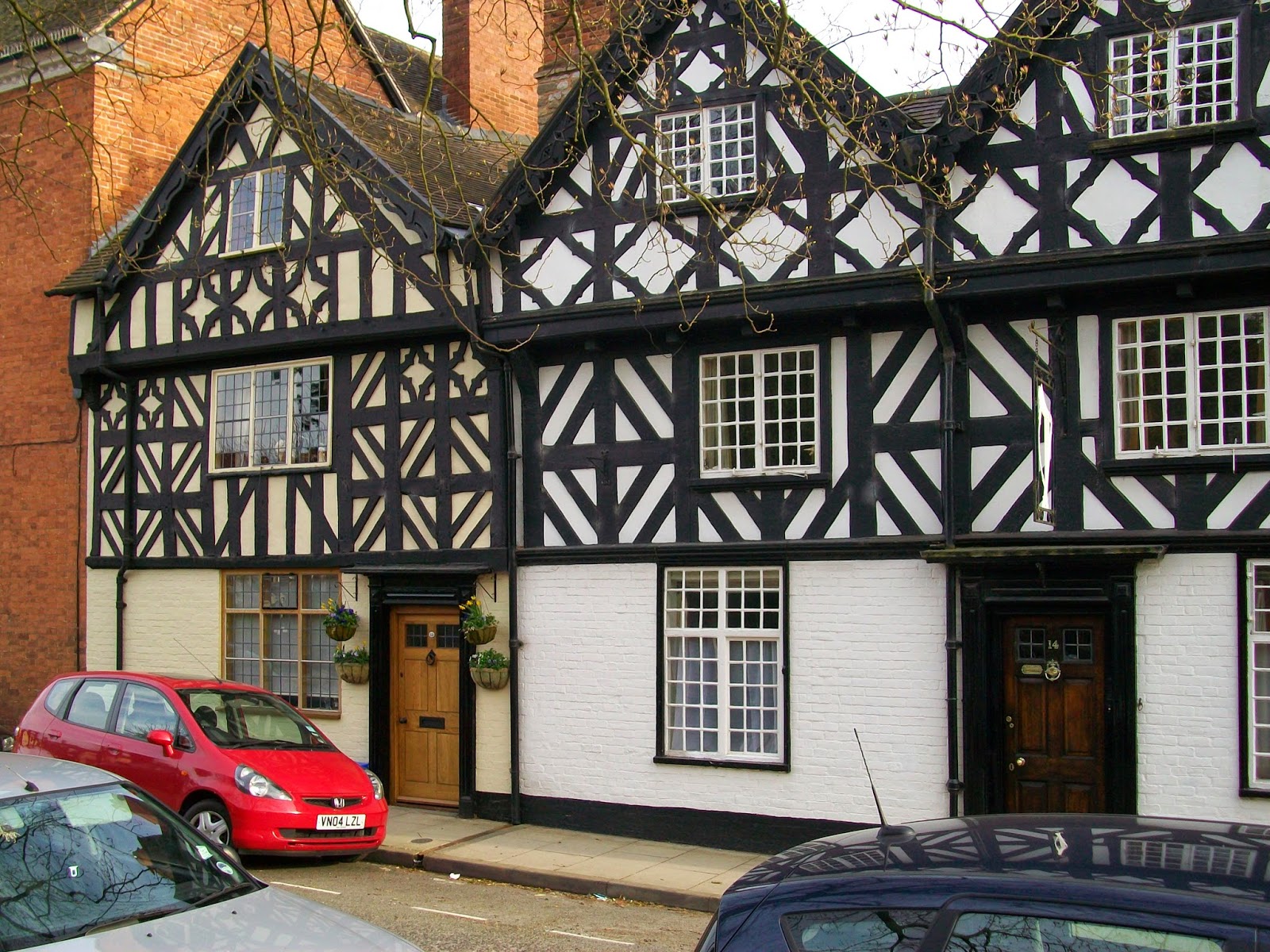 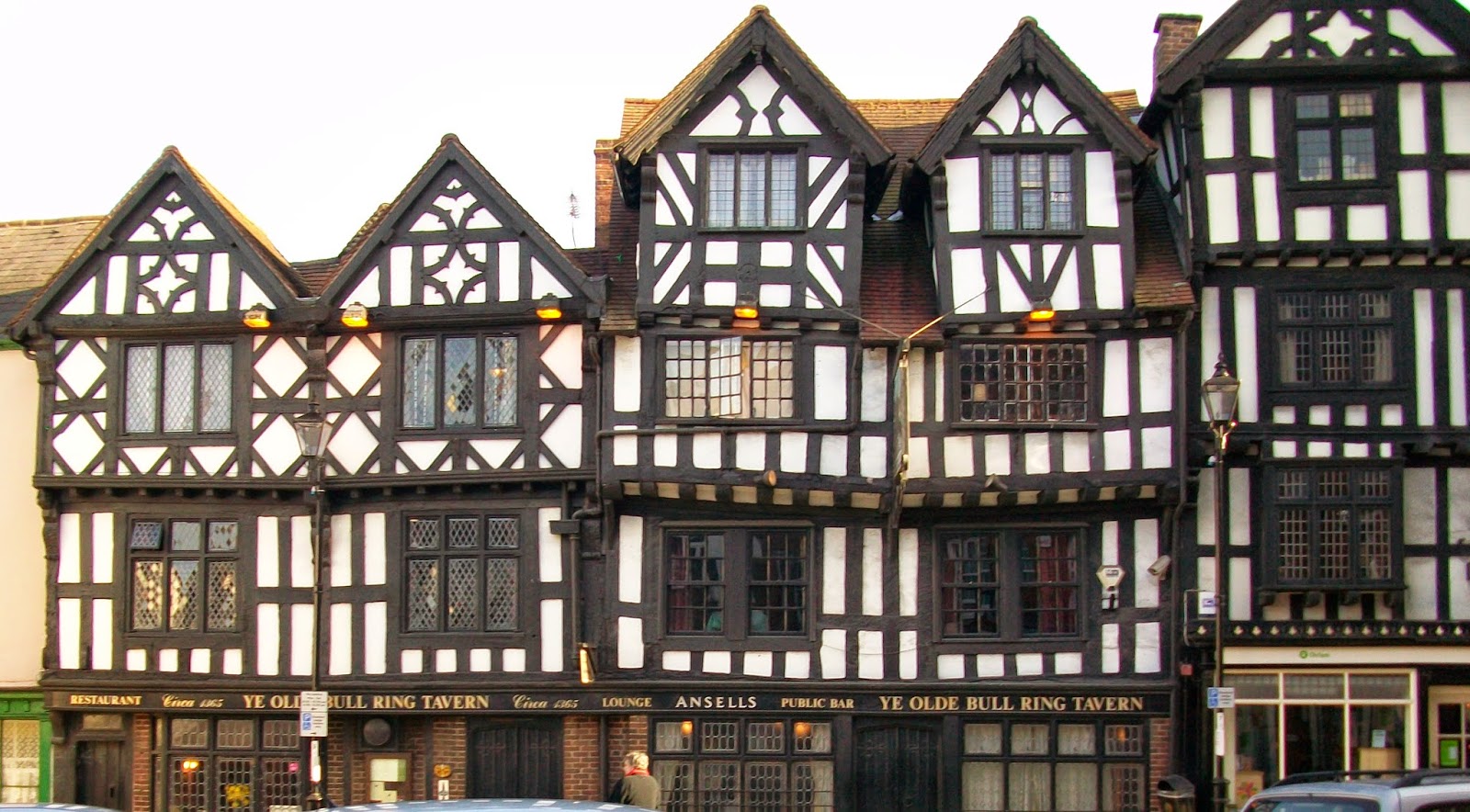 The sagging is a common aspect of many two or more story wattle and daub structures.

All these houses are in Ludlow, UK whose castle (to the left of the photo) was a major structure on the border with Wales and retained its importance until the late 17th century.

Posted by Ushistoryprof at 4:31 PM